The Best Version Of Myself Is Sober – January 2022

The Best Version Of Myself Is Sober 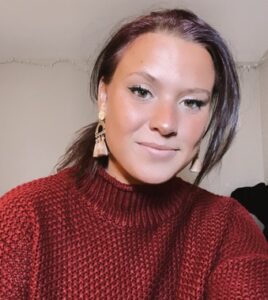 My name is Abby and I’m an alcoholic / addict. I was born in Russia and adopted by two wonderful parents. I do not have any brothers or sisters. I grew up in a happy neighborhood where everyone was like family. There were plenty of kids and holiday parties. Swimming was a big part of my growing up as well.

In elementary school, I was diagnosed with ADHD and I had to transfer schools multiple times as a result. I didn’t learn as fast as other kids could. It was easy for me to be hard on myself because of my learning disability.

I encountered my first sexual harassment by another student and his friend while I was in seventh and eighth grade. Knowing what the other kids thought of me put me in a vulnerable mental state. I became very depressed and thought I had brought embarrassment to my family. I did not like looking at myself; I felt dirty and used. I remember feeling very alone. I had no one to lean on. I wasn’t comfortable telling a therapist and had no close friends that would listen. Being an only child, I didn’t want to tell my parents since I thought they would be ashamed. Thankfully, once they eventually found out, they helped me find a great high school. I went to a Catholic high school, which was very large compared to my other schools. Everyone seemed to know each other, and I didn’t know anyone. This adjustment was difficult for the first two years. During my first year, I joined the swim team which helped me make friends. I had good grades, but I always felt like the odd one out for some reason. I was never part of a group of friends. I was able to be friendly with everyone, but something still felt off.

My drinking didn’t start until my junior year of high school. I was hooked with the first drink. Unfortunately, as soon as it entered my body, it started taking things from me. It took sports and self-respect. I was making a mess of myself at parties and forgetting things. I was forgetting who I was, and I was forgetting my worth.

My senior year is when I started secretly drinking. What I thought was normal was the beginning signs of my alcoholism. I would sneak downstairs and drink after I finished homework as a “reward”, but my parents caught onto it and had to start marking their bottles. Before I left for college, I got into my first lesbian relationship and was blinded by my codependency. When I left for college, we stayed together and had a long-distance relationship. But things got ugly fast. She wouldn’t let me hang out with friends and she started threatening me. This was overwhelming so I began to drink heavily. It got to the point where my mom had to come get me and I took a leave of absence in my second semester. I was very depressed and codependent so my old habits were not far from me. I would drink and smoke during the day, and I hid my drinking when my parents returned from work.

During this time off in my freshman year in college, I dove into my second relationship with a different girl. She was a huge partier and I loved it. She made my insane drinking feel “normal”. We enabled each other; near the end of that summer is when I had my first serious consequence from my addiction. My first ex-girlfriend reached out to me and started bashing me about my learning disabilities along with other negative things about my life. I felt all the anxiety and toxic codependent feelings from when we were together, and I began to drink to numb myself. I got behind the wheel of a car and drove through the neighborhood. I sped up and turned the corner, and the next thing I remember was being woken upon by a woman knocking on my window; I noticed my airbag went off. A few minutes later, I saw the police, an ambulance, and a firetruck. I didn’t remember crashing, nor do I remember talking with the authorities. The next morning my dad told me I crashed into a pregnant woman driving on the opposite side of the road. He gave me no choice but to go to rehab.

My first time at rehab was a breeze. I honestly still couldn’t see my life without drinking. I did not fully surrender and ended up going back to my college campus too soon. We thought it was perfect at the time because they had an IOP (Intensive Outpatient Program) across the street from school but I quickly went downhill. During this time, I decided to leave the girlfriend who liked to party and I jumped into something else with another girl. I was still surrounded by parties and drunk college students though. I was getting worse and worse, with constant sickness and no self-respect. It was exhausting to lie and sneak around all the time. I remember wanting to stop so bad but I couldn’t bring myself to do it without help. One day I decided enough was enough and I just couldn’t keep doing it. I told my girlfriend what I had been doing (even though she already knew), and I went home and admitted myself to rehab for the second time.

This time was different. This time I wanted it. I truly wanted it for myself. It was difficult and I had fleeting thoughts of leaving but I ultimately gave myself the chance. I saw what other people had and I wanted it. I had zero expectations this time, and was fully willing to do what was needed. I made plans for after my time in rehab, but what was best for me did not match what I wanted to do. So I decided to do an extended care program which truly helped me sit with feelings and start to get a few months of clean time under my belt. I started working out again and making genuine friendships.

After my extended care was up, I wanted to return to school but once again what was best for me did not match what I wanted to do. I decided to move into a halfway house called “Sister House” and this is where I truly found my sisters. I have never had sisters before. This is where I began to walk through the seasons of life with incredible women. 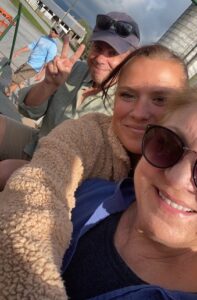 I am not going to lie: it was difficult getting used to new rules and making new friends, but I began to develop a relationship with my higher power and really “let go and let God.” I learned how to speak up for myself and listen to others. I learned how to take care of myself again. I began to make goals for myself. One of my biggest goals was to become the house manager. I would hear stories of other women before me: how they would manage houses and help other people. It inspired me and sure enough, with tough love and hard work, I accomplished that goal.

If I’m going to be living my life, I want to live it the best way possible. The best version of myself is sober. 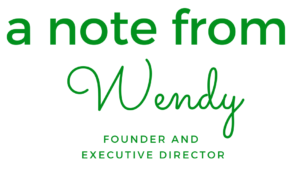 One of my favorite things about Rage is the ladies at our sober living houses.  I have never seen so much gratitude in one place!

Let me tell you about what I have learned about Abby: she really is a ray of sunshine. I love her spunk, and her willingness to learn and grow in the position she took as manager at Sister House.  I hope this is just one of her many accomplishments as she continues to navigate her sobriety and the life she has ahead of her. 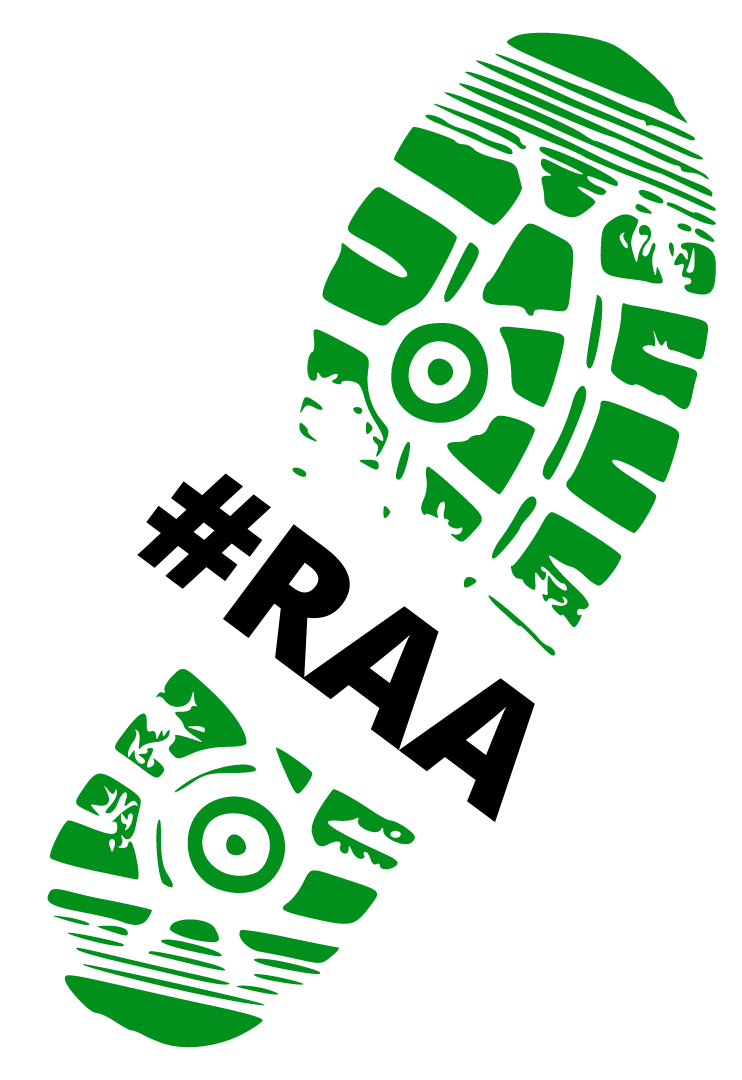 We are excited to announce that we will be hosting our Memory Walk / Recovery Run this year! We will be partnering with Charm City Run again.

Lace-up those comfortable tennis shoes and join us on Saturday, April 9, 2022, at Cedar Lane Regional Park (1100 Cedar Lane – Bel Air, MD 21015) for a morning of refreshing exercise and good company as we celebrate those in recovery, remember the lives lost to addiction, encourage those still struggling, and heal the families impacted by this devastating disease.

If you can’t participate with us in person, you can join us virtually all through the month of April, similar to what we had in 2021. We will have a predetermined virtual route, and you will be able to log your miles, collect donations, and share your photos with us.

Addiction Connections Resource: A non-profit organization that assists with providing resources and support for addiction treatment and that educates the community about substance abuse disorder. Located in Fallston, MD. Please visit here or call 443-417-7810 for more information.

Celebrate Recovery: A local support group for those with addictive behaviors. Located in Bel Air, MD and Joppa, MD.

GRASP (Grief Recovery After a Substance Passing): A local support group for those who have lost someone to addiction.

Loving An Addict: A local support group for family and friends of those in active addiction.

Rage Club: Designed specifically for children affected by addiction to help them process their feelings and learn about the disease by offering counselor-led activities, such as equine and art therapy, nature walks, and more. The group meets several times a year. Click here for more information

HALO (How to Live Without Our Addicted Loved One): An online grief support group specifically for those that lost loved ones to substance abuse. Click here to ask to join the private Facebook page. *Please read and answer the membership questions prior to joining.

Tara Kuzma: Chairman of the Board of Directors 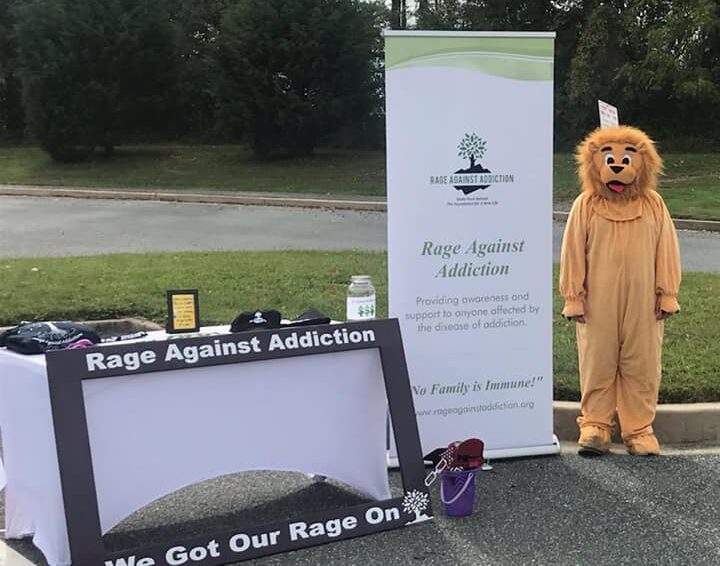