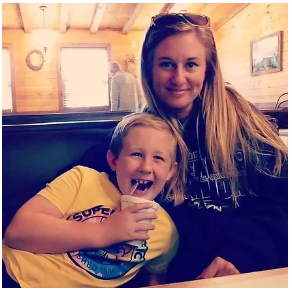 February is synonymous with Valentine’s Day. During this month, family and friends find many ways to express their love for one another; love can be shown through acts of kindness, words of affirmation, gift-giving, and physical touch.

Of course, Rage Against Addiction loves recovery, not just around Valentine’s Day, but every day. We love to celebrate those who are on a healthier and happier path; we know it can be very tough to maintain recovery, especially in a pandemic, and we want to encourage those who are new to this road to keep going and to keep reaching out for help. We also love to highlight recovery stories as a way to remind others who are currently struggling that there is hope and love out there, and that recovery is possible.

Meredith Morris is a former resident and House Manager at Daughter’s House, the first sober living house created by Rage Against Addiction. (Daughter’s House is also the name of our program that is designed to assist women with the transition from substance abuse treatment to recovery.) Her road to recovery was long and difficult, but it’s also inspiring.

The progression of her addiction started slowly. She took her first drink in 2007 right after graduating high school. “In my college years, my drinking and smoking weed picked up quite a bit. Partying on the weekends became an everyday occurrence. I loved going out and being the life of the party. Every day there was a reason to do it…I was addicted to the lifestyle just as much as the substances.”

As this lifestyle continued, so did her challenges. In 2012, her brother Brian passed away from an overdose. Meredith tried to stop her destructive path, but she was unable to do so. “Trying to remain clean and sober without any help and off sheer willpower did not last long. When I picked up again, my using progressed,” she said of this time. However, when she discovered she was pregnant, she remained sober throughout that time and while she nursed her son.

She fell back into the familiar routine of going out and drinking when her son was finished breastfeeding. This led her to experiment with other substances, which in turn, caused more problems. “I would come home late at night drunk, and be a hungover mother during the day; really only half present, going through the motions,” she said. She was in and out of toxic relationships, which only fueled her addiction. She got a DUI in 2015 and though she said she is “grateful” for it, she did not stop her dangerous partying habits. The relationship with her family was tense; her parents warned her at an early age that addiction ran in the family and they tried to talk about it with her as her addiction increased. She did not associate much with her sister – who maintained a healthy lifestyle while she struggled – and she watched both of her brothers battle the same problems she had, though she believed that she “could handle it better” since she was using different substances than they did. She could not keep a job for more than a month due to poor attendance and performance. She was homeless, carless, jobless, and friendless. She was often physically ill, spiritually bankrupt, and just “despised” the person she had become.

It was during these random bouts of reflection, remorse, shame, depression, and guilt that Meredith realized she needed help. In the fall of 2018, she tried to stay clean on her own but only made it one day so she called her father to admit that she needed to go to rehab. She began an Intensive Outpatient Treatment program at the Harford County Health Department until a bed in a treatment center was available for her.

She discovered Daughter’s House during this time and was adamant she try it out. “I believe my Higher Power planted that seed for me,” she said. But she was unsure of what to expect of herself and of others when she arrived in the fall of 2018: “could I stay clean in the town I partied in?” she often wondered. The woman in the house immediately began teaching her how to live a better life. She quickly formed a network of support that was filled with like-minded people who just wanted to get better. She completed her Intensive Outpatient treatment plan at the Harford County Health Department, attended 90 support meetings in 90 days, participated in recovery events, found a sponsor, secured a job, and began working on the much-needed steps to maintain sobriety. It wasn’t easy and she really missed her son, but she knew she “needed to become a better me so that I could be a better mother for him.”

Meredith noticed that with all the hard work and dedication, her life began to change. She was eventually asked to become the manager for Daughter’s House, though she doubted herself at first. However, she soon led the way for incoming residents who were at the very beginning stages of recovery and she was also able to hold a job as a deli counter clerk. She learned a lot about herself while at Daughter’s House and realized that she could not succeed at recovery alone. “When I started to take the suggestions, I began to do the next right thing. I began to live with spiritual principles in mind. Early in 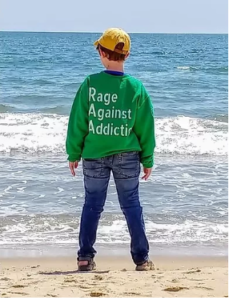 my recovery, I lost my brother Christopher to this disease, and the women showed up for me and loved me through it,” she said. “I never knew how to live life on life’s terms before. Instead of using, with the help of women in recovery, I dug even deeper into my step work and recovery. I’m forever grateful to have met the women associated with Rage Against Addiction and Daughter’s House.”

The next phase of recovery was becoming more independent and continuing to move forward. She left Daughter’s House in June of 2020 and now works at Ashley Addiction Treatment as a Clinical Aide. She recently became a certified Recovery Coach and has re-enrolled at Towson University. She prides herself on being a “fully present mother, daughter, sister, and friend.” She recognizes that recovery has given her a full life with many blessings. “I feel my life has a purpose. It’s amazing to be clean, sober, and happy.”

Recovery is a long road but one that is possible. It takes a lot of work, gratitude, and self-reflection. It cannot be done alone. If you are in recovery, it’s important to show love to those who are walking with you on this journey, but it’s more important to show yourself love and remember that you’re worth it. 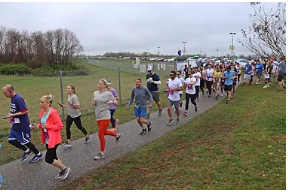 When: April 1 through April 30, 2021
Where: Your neighborhood
Join us, in partnership with Charm City Run in Bel Air, MD as we see how far we can go for addiction. Raise money, collect sponsors, and share your progress and personal stories on our social media pages.

Registration information will be available soon! 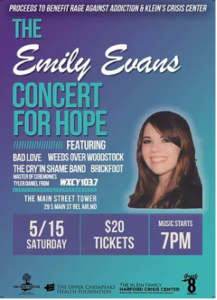 The Emily Evans Concert for Hope 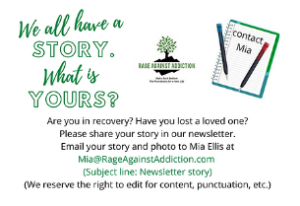 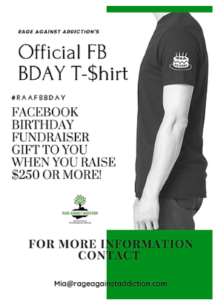 ​*Please be aware that some policies, locations, programs, and contact information have changed due to COVID-19 protocols.*

​Addiction Connections Resource: A non-profit organization that assists with providing resources and support for addiction treatment and that educates the community about substance abuse disorder. Located in Fallston, MD. Please visit here or call 443-417-7810 for more information.

​Celebrate Recovery: A local support group for those with addictive behaviors. Located in Bel Air, MD, and Joppa, MD.

​​GRASP (Grief Recovery After a Substance Passing): A local support group for those who have lost someone to addiction.

​Loving An Addict: A local support group for family and friends of those in active addiction.

HALO (How to Live Without Our Addicted Loved One): An online grief support group specifically for those that lost loved ones to substance abuse. Click here to ask to join the private Facebook page. *Please read and answer the membership questions prior to joining.

Rage Club: Designed specifically for children affected by addiction to help them process their feelings and learn about the disease by offering counselor-led activities, such as equine and art therapy, nature walks, and more. The group meets several times a year. Click here for more information.

Tara Kuzma
Chairman of the Board of Directors